The world is a beautiful place full of all shades of colour, and just like in nature, cities sometime also express this picturesque world through its architecture. Whether a monochromatic yellow or featuring every colour in the Crayon box, these cites are guaranteed to brighten your day.

Find below a list of the 11 most colourful cities in the world:

You have probably heard talking about La Boca neighbourhood, in the Argentinian capital Buenos Aires. Almost every colour appears to have been used in this working-class enclave at the mouth (boca) of the Riachuelo River. The neighbourhood was constructed with scrap materials from nearby shipyards, including leftover paints scrounged together by residents and resulting in this visual treat.

No two shades are repeated in this charming seven-block neighbourhood of Old San Juan, notable for its old-world European architecture. Palm trees add a decidedly Caribbean element, and the area heats up in the evenings; behind those vibrant façades are some of San Juan’s finest restaurants and bars.

There’s a reason this historic stretch of down town St. John’s is called Jellybean Row: ship captains would assign their homes a distinct candy colour to make them easier to spot from the sea. These Victorian structures have white-trimmed windows and doors, a detail that lends continuity to the polychromatic strip.

Funiculars have served Valparaíso since the late 1800s; ride one of the acensores up the hills to look down at the colorful urban sprawl fringing the sea below. The port city is the cultural hub of Chile, and the residents’ creative spirit manifests itself in the vibrant tones of the multihued homes and the bohemian murals tagging the walls.

The city was funded in 1554 next to one of Mexico‘s richest silver mines. The silver boom of the 16th century brought the construction of beautiful ranches and colonial buildings. The streets of Guanajuato and many colourful alleyways extend in all directions, while the mayor part of its traffic runs on a subterranean network, making it an excellent city for those who like walking.

Some say that Brahmin families began painting their homes blue, a colour that denotes royalty, to distinguish themselves from the masses. Others suggest that the colour comes from a copper-sulfate-lime wash applied to deter termites. Regardless, this iconic Rajasthani town is now known as India’s Blue City.

Manarola is one of the oldest town in Cinque Terre, located on the Italian Riviera. This colourful village sprouts from the mountain to have an impressive vista above the Mediterranean. You just have to walk the narrow streets and take an ‘espresso’ in any of the open air cafes to absorb the amazing panorama and these postcard-perfect pastel pink, lemon yellow, and sea green façades.

In 2010, Dutch artists Haas&Hahn schemed to turn a favela in Rio de Janeiro into a giant canvas for their third project in that city’s slums (favelapainting.com). Enlisting the help of local youth, they converted the homes of Favela Santa Maria into a rainbow of staggering proportions, composed of rays in myriad shades radiating across the façades. 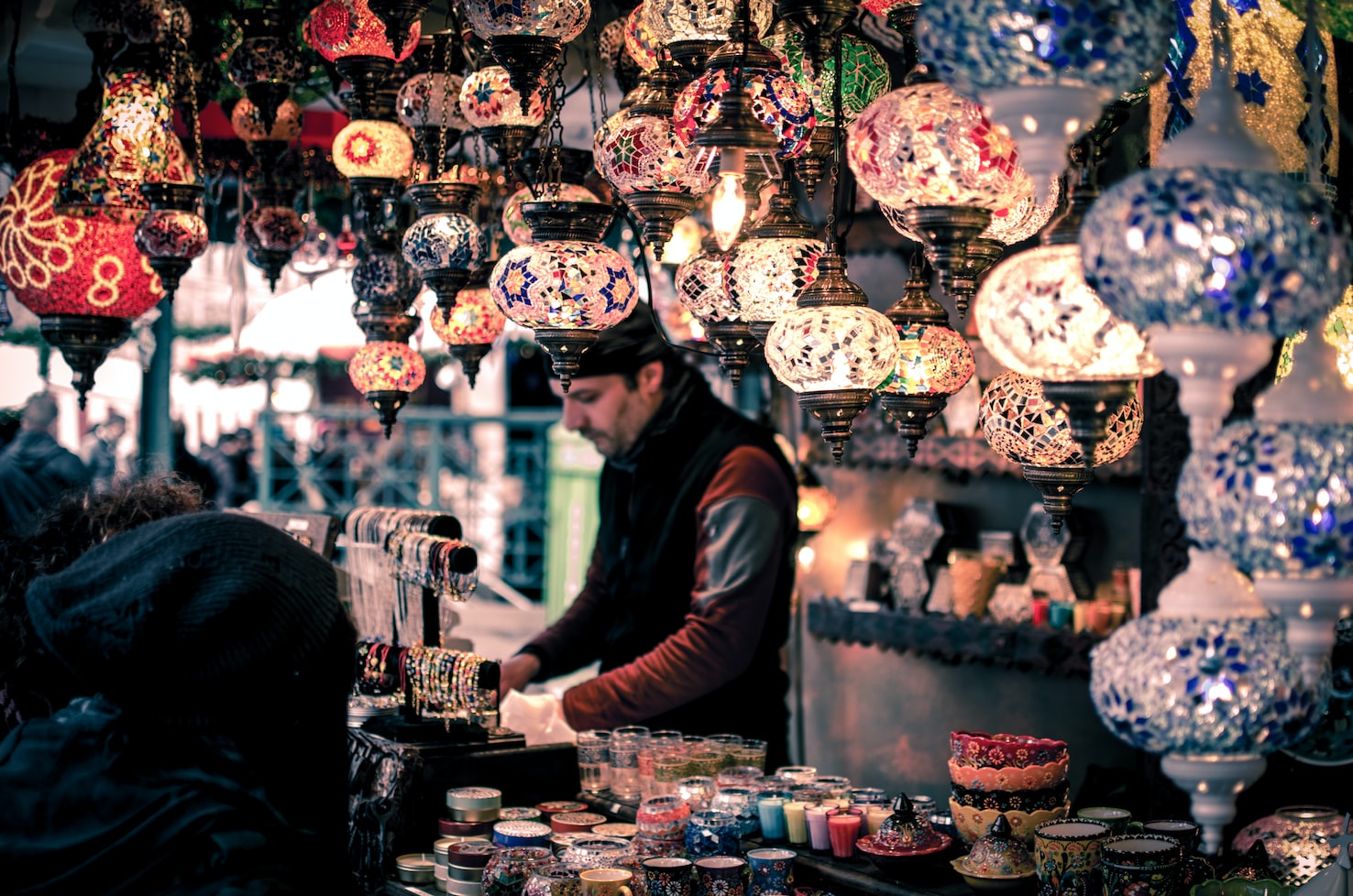 Once Istanbul’s old Jewish quarter, Balat has attracted a more diverse range of residents over time. Yet the architecture takes you back to a lost era; it’s easy to spend a few hours wandering, preferably with camera in hand, to capture the dilapidated yellow and pink buildings adorned by billowing red or green curtains, all sparkling against the cerulean sky. 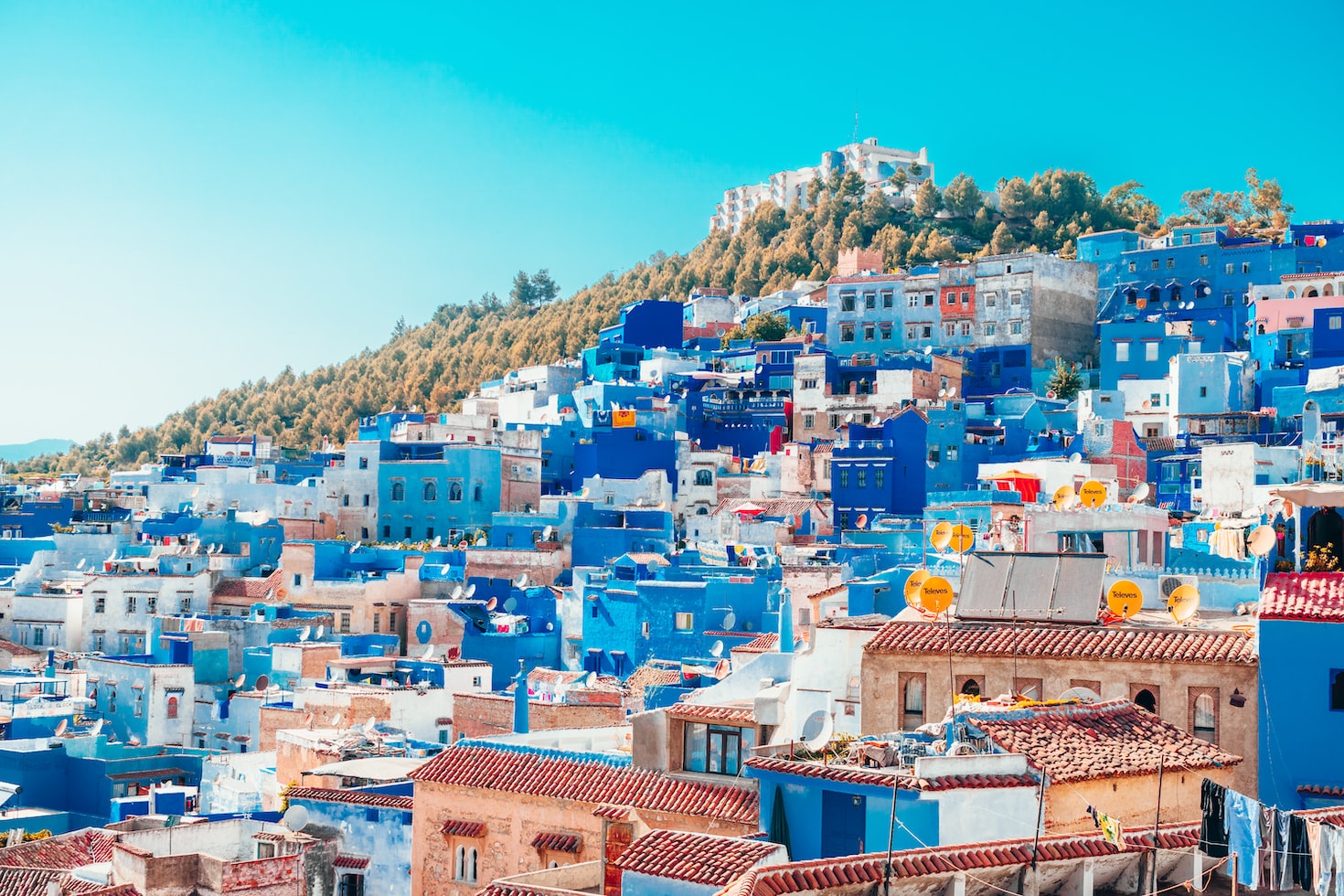 A four-hour drive from the bustling city of Fez brings you to this village high in the Rif Mountains, known for its labyrinthine medina bathed entirely in shades of blue. The area was once a refuge for Spanish Jews fleeing the Inquisition in the 1500s, who found a harmonious safe haven in Chefchaouen; though most have now migrated to Israel, the warren of turquoise alleys remains as their legacy. 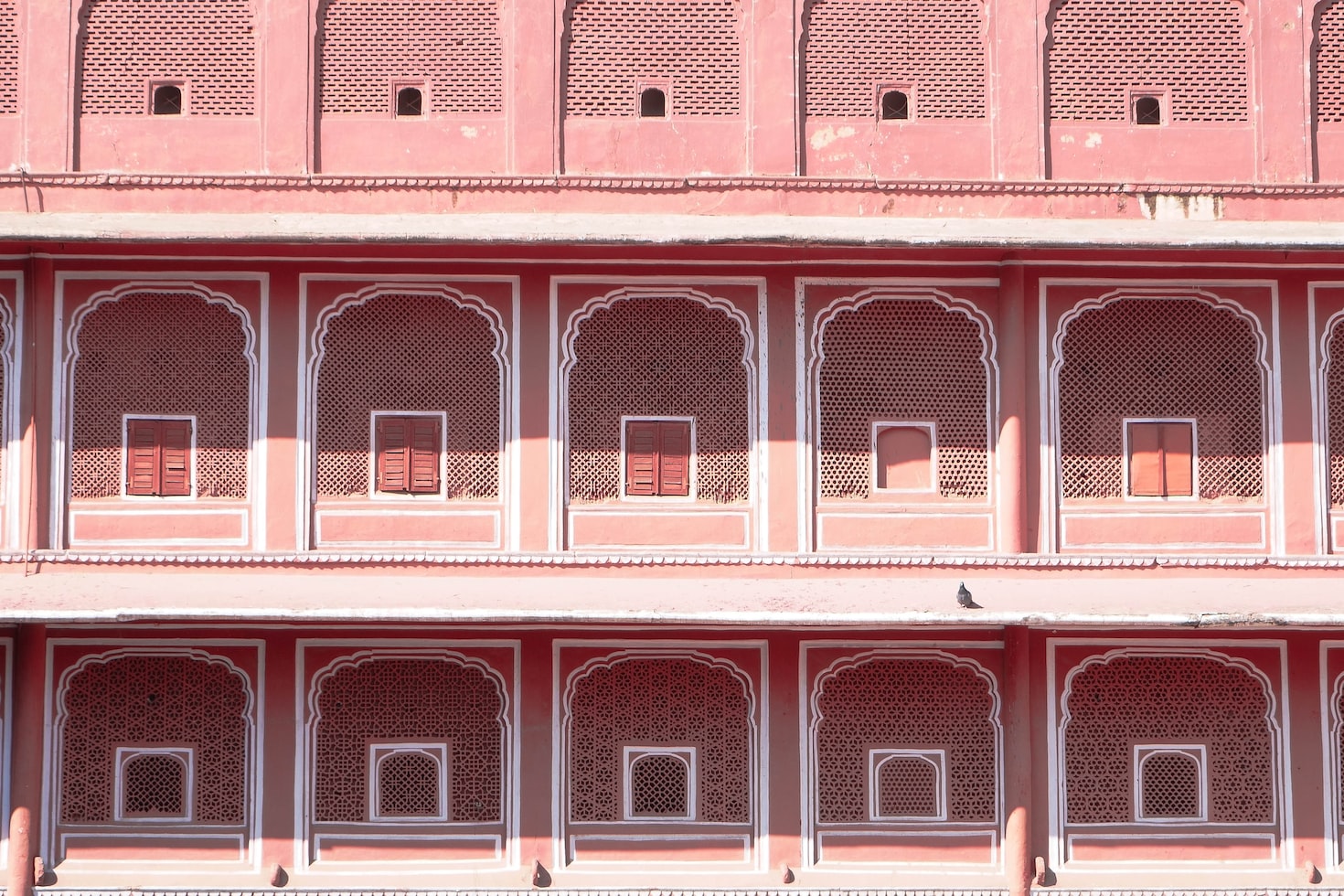 Maharaja Sawai Ram Singh had the whole city daubed in pink for the arrival of Edward, the Prince of Wales, during a diplomatic visit in 1853. The Rajasthani capital of Jaipur retains its signature rose-tinted hue across broad boulevards and historic buildings like the Hawa Mahal (Palace of the Winds).

8 Places to Visit While in Wales

The 15 Best Cities For Cycling Around The World

The Happy Nomad is a blog created by bamba to share travel stories, information and tips on every destination of this wonderful planet. Our aim is to inspire travellers worldwide to go on their next adventure and motivate others to make travel a lifestyle!